The future of work is already here. Not only in the minds of some outstanding thinkers, high-minded idealists, quirky innovators and lofty utopians — or people like you who are reading this blog! No, the future of work and organizational leadership is tangible. It is out there in the real world: You can find it in the practice of a few dozen extraordinary, pioneering organizations that have cracked semcp code, solved the puzzle, removed all doubt. Companies like these have been doing things differently for 20, 30, 40 or even 50 years, in the case of Toyota.

Yeah, we heard all that before! Then I ask you: And what have we really learned from these incredibly great companies?

Why we cannot learn a damn thing from Semco, or Toyota

I have written entire books and papers filled with the stories of the Toyotas of this world. I have explained their cases and described their unusually smart practices, their principles and discoveries on the way of transformation.

I have documented, analyzed and put into context their unique characteristics.

Many other authors and experts have done similar stuff. At some point, however, I stared asking myself why these wonderful firms have not succeeded in persuading others to follow their example.

Why has almost nobody dared to follow in their footsteps? Everyone is amazed by those few exceptional organizations They are WOW!

But that another company follows their lead seems to be a different matter, entirely. We remind ourselves that they are semo not from this world.

They stake out land that appears unknown and foreign to us. The most horrific quote of all being: For a long time, this seemed to be a contradiction to me. On the one hand, the world of the pioneers really exists — like some continent of copious vegetation. That land of milk and honey remains out of reach, and foreign, too. And then it hit me. The trouble with embracing the examples of Semco, Toyota and other pionieers like them may have nothing to do with the pioneering organizations themselves.

Why we cannot learn a damn thing from Semco, or Toyota

Managers may neither lack the courage to transform, nor are they likely to be all scared about the losing control, or the unknown. Maybe, I thoughtmaybe we cannot learn from pioneers like Semco or Toyota because the good example is not the point!

What I mean is this: At least not as long as one, almost magic ingredient for change, or transformation, is missing. And that magic ingredient is our image of human nature, the way we think about people around us, and what drives them.

Not just the trust we place in other people is key, but whether we trust them to be self-motivated, driven by the need for self-fulfillment, and capable of self-organizing within boundaries and team settings. One of my heroes, organizational scientist Douglas McGregor was the first to figure out the power of that crippling, and misleading image of human nature that we hold in our heads and hearts about other people, around 55 years ago.

The puzzling truth is that, after all this time, the mistaken idea of Theory X sytsem still firmly remains part of our belief systems.

Even through Theory X works against our best interest, in keeping our organizations stuck in command-and-control mode, driven by top-down, tayloristic management. The problem is our thinking, really. Our flawed assumption about what makes other people tick. About how the physics of motivation, leadership and change work. And that is precisely upside-down. As long as we operate in command-and-control wemco, people will usually show obedient, dependent, or even idiotic behavior.

Only once we change the system away from command-and-control, people can develop intelligently aligned behavior patterns, such as those associated with self-organization, empowerment and entrepreneurial responsibility. The problem is that each of us individual keeps thinking: Until they change, we cannot change anything!

In the meanwhile, ironically, it is actually possible that the pioneers of better org models may even hinder organizational progress and transformation, overall, by being turned into an case for stagnation for other organizations that are stuck in command-and-control. Because they had a different kind of human material there that made it all possible.

We cannot do that here — our people are not prepared the way they were! There is no bridge to the promised land of better, bolder, more agile and contemporary org leadership. No one will ever build a bridge there. 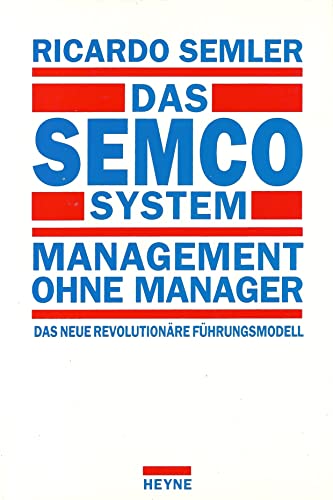 And nobody really needs that kind of bridge at all. Because we can all beam ourselves there. We do not need more examples for this, we need to correct our thinking. As for Semco, Toyota and the likes: Their example remains noteworthy and potentially inspiring for all of us.

Ricardo Semler by Eva on Prezi

Internal examples help just as little as external ones. But what is needed, too, is making the internal human nature assumptions explicit: Which it is not. The unknown can be scary. Mixing that up actually creates barriers to change. See how you just killed the systwm of change? Does this make sense to you, Ilja? I figure internal examples might work just as well as external examples…. But that is subject to debate, of course! So they just estimate — according to their view of the dsa world.

Or as they say in the US: So in consequence no more conferences with best or good practices? But than the question remains how to change the perceiption from X to Y?

We identified the root cause but how to change it? Hans-Juergen, I think your conclusion about best practice conferences is spot-on. The question remains how to end the Theory X prejudice and firmly establish Theory Y thinking. The good thing is that there are many answers to that.

Thanks for this enlightening article. Thanks for your feedback, Cecil! As for your question about Toyota: It actually sounds quite a bit like hugte misinterpretation. You know what I mean? I often find that people from Europe and from the Americas including the US of course are quick to judge any Japanese company based on just a prejudiced hunch of knowledge about Japan and JApanese culture. Nothing could be more inappropriate in the case of Toyota.

Niels, thank you so much for this article! A fundament, on which the whole human interaction is based on. Also to get back to your question. Our way to get there, is to define with a company a certain direction and goal of that, what they like to achieve. This is the classical from outside to inside approach. But then, we flip this into from inside to outside. What are my strengths? And for which sake should I consider to change something?

How are other persons? What might drive them? What are their strengths? This could be a strength-based leadership, a sales approach based on the understanding of myself and others or as well as communication and collaboration.

Create an atmosphere and frame so that changed actions can be transformed into an attitude. To move from theory X to theory Y we must change management mind set. I posted the comments on a previous thread on this subject.

This is without doubt the most difficult element in the process of introducing TPS. I did not fully understand this myself for the first five years of my own TPS journey. From the combination of these flows Toyota had generated a torrent of competitive advantage.

This must give them; what they want, when they want it, in the quantity they want. The output of your organisation has three main dimensions P, S and E; P, physical products. 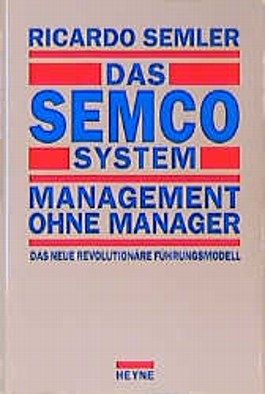 S, the services you provide to support them. This is the main function of the management team. The traditional organisational structure has the directors at the apex of the pyramid, with everyone else beneath them.