The other day a regular reader of this blog thanks Avi Burstein sent me a link to oprnbook article titled Academic source code dust-up symptom of CS education ills. The short version is that a college student posted the source code from a school project to the Internet and his professor objected strongly. The professor was concerned that future students would be able to find the code on the Internet and turn it in as their own.

The student believes that his right of expression allows him to post his work. Eventually an academic judicial affairs office sided with the student. Kyle Brady the student involved tells his version of the story on his blog.

And that is a shame. In fact many textbooks include sample code. Certainly the books I have written have included sample code. Formally, informally and in any way you can imagine. They also look to reuse code. And they keep documentation around. Even today when much openbok what one wants to learn professional software developers often have shelves filled with books.

Believe it or not they actually reference them too!

It also influenced me as a teacher. While I often expected students to memorize some things and gave my share of closed book tests and quizzes I always expected students to take advantage of external resources for projects. That included the textbooks of course and the help files and programming language documentation.

It also includes asking for help — though one does have to be careful about explaining the difference between getting help and getting someone else to do the work. And yes, even looking things up on the Internet. There are people, often great educators whom I respect, that want to put more limits on students.

FUELS AND COMBUSTION BY SHARMA AND CHANDER MOHAN PDF 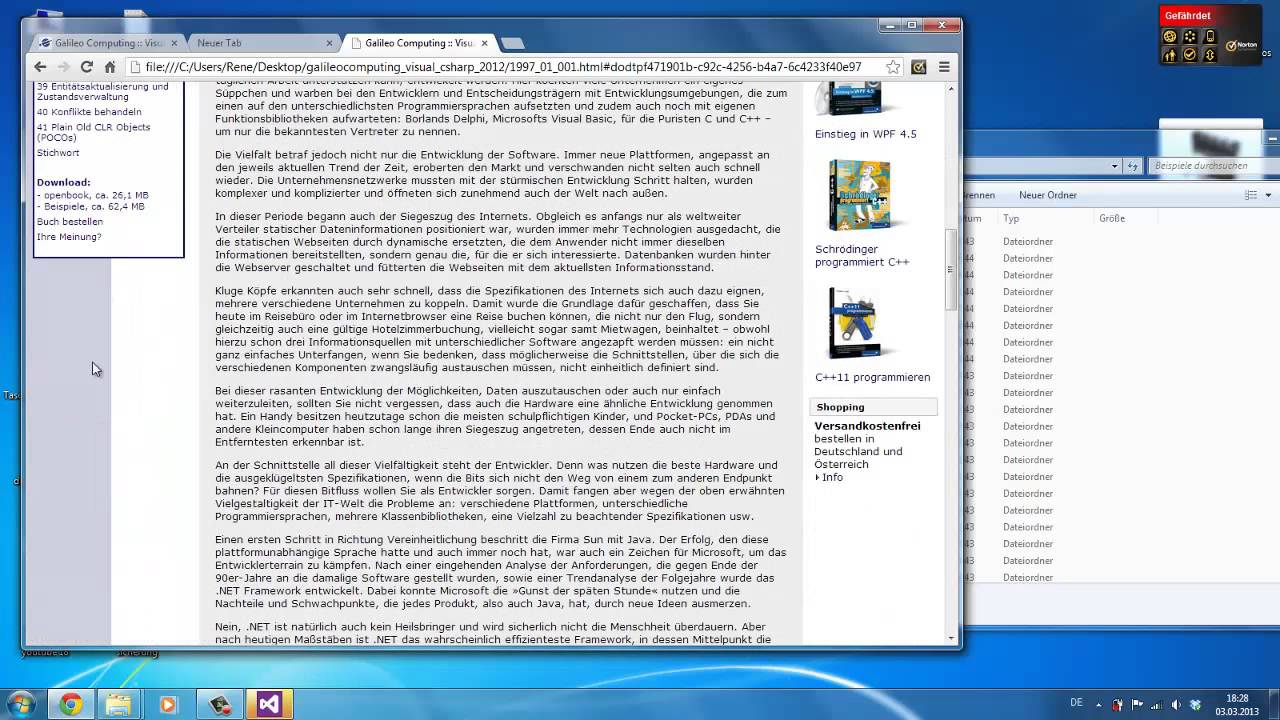 But that is ok I think. Stealing or borrowing code from the Internet is a real and justifiable concern for many people teaching computer science well programming anyway. I would argue that faculty should know their students programming styles well enough to spot clear cheating just as English teachers can pick it up in student essays.

But you already heard me write disapprovingly of overly large sections and cheating is one reason for that. One thing I used to do with semester end projects was to have one on one mini-code reviews with each student.

They would do a demo and I would test a few things. Then we would talk about the code. I came prepared and if there was code that seemed to advanced for the student or too different from their normal work I asked them to explain it. If a student can explain code in a way that makes it clear to me that they know how it works, can debug it, can modify it and can make it fit their particular application why should I care if they wrote it from a blank slate or took some ideas and code snippets from someone else?

It would be like penalizing a student in shop class because they borrowed a saw.

School is about learning. It is not teaching students to work with one hand tied behind their back. It is about helping to understand what they read or find on the Internet not making them reinvent the wheel. IF they find student code on the Internet and cc# something from that I think that is great.

In the mean time there are a great many code samples on the Internet. Students will find sample code. You must be logged in to post a comment. I am an iraqi war vet 28 years old. The argument being made for not making solutions public seems to be that it stops the professor from reusing material, which is a bit silly.

I set similar exercises each year but I make sure that they are different each time and we have a marking process where the student has to explain the code that they have written. BTW, the Microsoft TechNet Flash Feed thing that pops up on your blog pages and seems to be impossible to remove really gets in the way of adding comments.

In my first scripting languages class the professor decided that the tests would be “open internet”. Granted the questions were harder, and usually included material not found in the coursework.

The upside to this was that it not only taught you how to learn by example from source or tutorials found on the internet, but how to successfully seek out the information you need on demand. When I give my students a programming assignment I tell them to not to reinvent the wheel, but to opdnbook how the wheel works and how to put their tire on it. If I knew the perfect, unique solution to every programming assignment or problem then they had better listen to my every word and take it as gospel.

I want them to find solutions on the internet. Rarely do they openbookk the exact code they opnebook so they have to understand what they found and modify it to suit their problem.

The tricky part for me is giving them problems that are unique enough that they cannot do a direct cut and paste. So far no problem. From my somewhat limited experience in the real world of commercial programming almost everything is cut and paste.